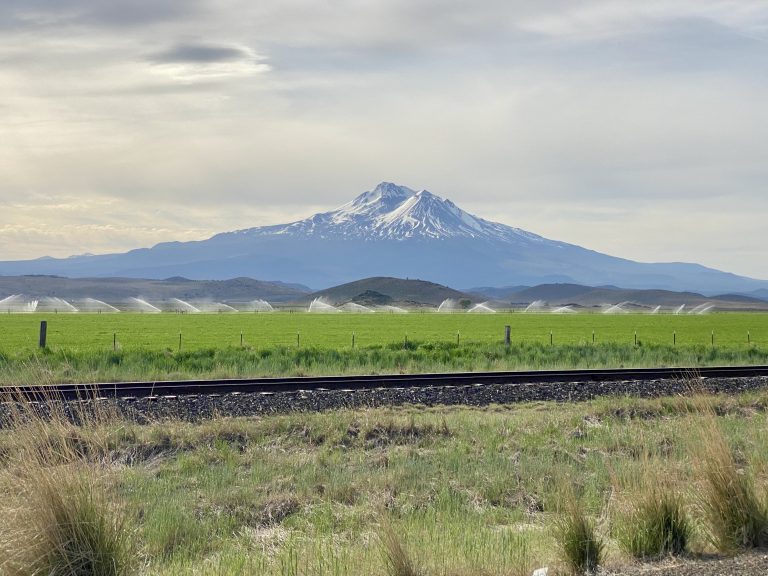 We’d escaped the heatwave at home, but now the forecast for the entire north part of California was for several days of rain so we decided to head for home. The last two campsites we’d been in, both along creeks, had been exactly what we’d needed after sheltering at home. We’d met no people and touched nothing public aside from a gas pump handle, where I was careful to use hand sanitizer before and after and we felt we’d been safe.

Dinner had been kind of heavy the night before and we weren’t hungry for breakfast, so we decided to head out without it. We turned back onto the road that followed the large creek and we soon found ourselves in a flat valley surrounded by small mountains on all sides. It reminded me of similar areas in Oregon and then I realized that at this point we were only about 20 miles from Oregon.

It wasn’t too long before we turned onto bigger roads and saw a few more cars. Soon, we had reached civilization – the outskirts of Yreka, one of the farthest northern towns in California. By now Susan wanted coffee and we spotted a Starbucks drive-thru. One grande dark roast later (with touchless payment), we headed back on the road.

We decided to stay off the interstate and follow some side roads instead, hoping to get a different view of Mt. Shasta. We found our favorite type of road with no other cars and pretty views.

We passed fields of bright yellow flowers, peaceful farms, and, of course, Mt. Shasta, before eventually we got on the interstate near Weed, CA. 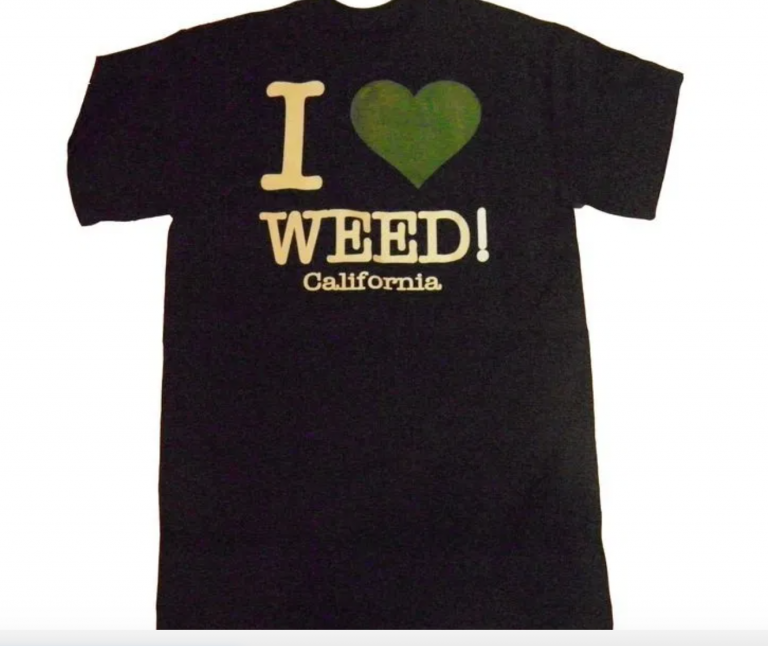 Weed is an old west logging town whose name has been embraced by marijuana aficionados who stop there to buy swag (and weed). We drove through the town and decided a deeper dive would have to wait until after the coronavirus lockdown ended.

We were getting hungry, so we pulled off at a rest area for a picnic lunch. Over lunch, we discussed what would be next. We were now maybe 2 ½ hours from home and rain was coming. Also, it was Mother’s Day and we had calls to make to our moms, plus Susan’s kids had a planned FaceTime call later in the day so we couldn’t stay out on our journey for too much longer. But we weren’t quite ready to simply drive back.

We decided to stop at Hedge Creek Falls, a place near the highway at Dunsmuir, CA that we’d tried to get into a few weeks before, but which was closed. This time, we found a place to park and snuck around the barriers that weren’t very good at keeping people out. Later, we saw a few other people by the falls who did the same thing. 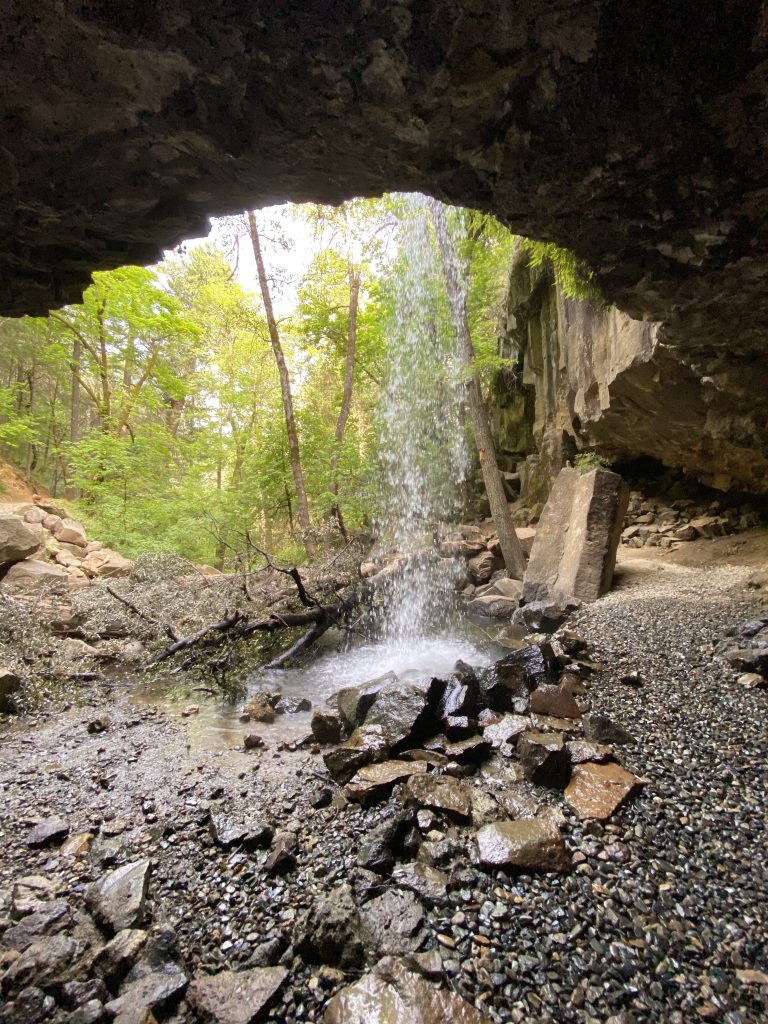 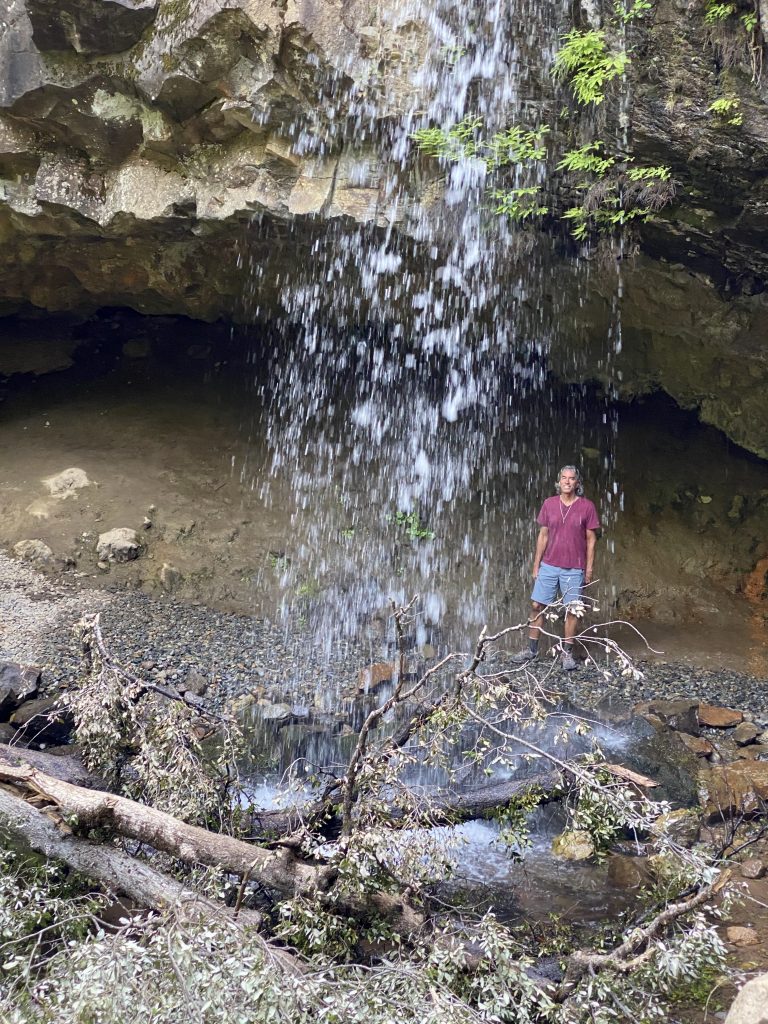 This was a waterfall we’d been dying to see because the trail actually goes behind the falls. A short trail down brought us to it and we walked behind the thirty-foot high fall into a cool and misty cavern.

Another short hike from there led us down to a creek or small river that we soon realized was the Sacramento, still close to its headwaters we’d visited a couple of weeks before in the town of Mt. Shasta, only a few miles north of us. A tiny spring there eventually becomes the mighty Sacramento River (it’s the largest river in California) as it flows through California’s central valley to the capitol city of Sacramento, and from there is navigable to ships all the way to the Pacific Ocean via the Sacramento-San Joaquin River Delta.

Back on the interstate, we crossed the Sacramento River several times as it became larger from various tributaries until it finally emptied into Shasta Lake from the north, then reemerged from the south. An hour and a half later, we pulled into our driveway just as the clouds were thickening for the coming storm.

PrevPreviousPost #31: Susan says, “it’s a gorge-ous day”
NextPost # 33: Through Susanville to the ModocNext