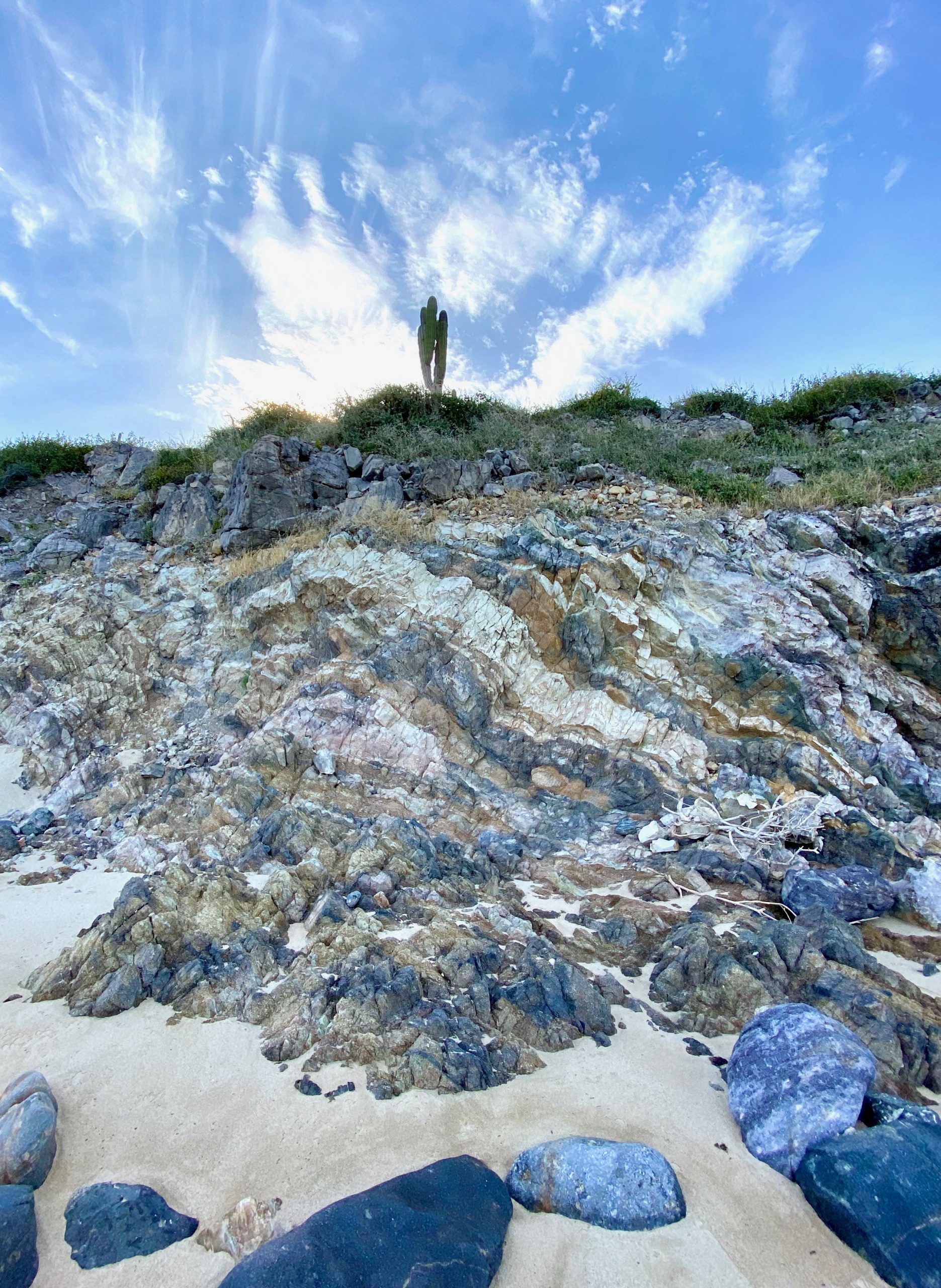 We woke sprawled on the hotel’s double-twin bed (not to be confused with a real king). Then another hot shower and then a free breakfast of homemade granola and muffins (or, cupcakes if you’re a purist) in the great room/kitchen of the inn. After that, we walked back to town looking for the farmers’ market but construction in the square prevented it that day. We did find a smaller street market that seemed set up for visiting sailors and tourists. Two expensive and not very good tacos later, we continued wandering. The Malecon here was not nearly as nice as the one in Puerto Vallarta (it seems like none could be) and the town had a more run-down feel, though there were plenty of areas being improved. Still, lots more gang graffiti than I’d like. La Paz is a working city that doesn’t cater well to tourists. I can’t see why I’d return.

We left hoping to find more purified water, but the endless city highway made it too hard to spot the  typically tiny building. We still had five gallons, which was plenty. We did stop for gas and the attendant (they all pump your gas here) spent a good five minutes cleaning our windshield of every too-slow bug we hit (Baja Norte was pretty much a bug-free zone, but not here in Baja Sur) and it was obvious he was proud of his work. I’d read of recent scams involving Pemex stations – having the driver pull so far forward they couldn’t see the pump, and then over-charging (pump and pay are separate and the attendant runs both) but this guy asked me to look to see that he had zeroed out the pump and that the amount was correct. Still, I noted to myself that I’d need to be more careful in the future so I didn’t fall victim.

Headed south, the traffic quickly thinned and by the military checkpoint (still a little nervous there) it was easy going. The road was good and climbed and twisted around hills and valleys and passed through some pleasant tiny towns, every one of them with at least one restaurant and a couple of miniature stores. We finally found purified water and while the attendant filled our containers we noticed a bar across the street with a sign that said “Lap Sex” – apparently a poor translation of lap dance. Or maybe not.

After briefly following the coast, we went into more mountains before finding our dirt turn-off to Playa Miramar, located in an ecological preserve north of Cabo Pulmo. While it’s a preserve, camping on the beach is permitted. After miles of washboard road we arrived. There were no buildings here, just beach and crashing Sea of Cortez surf (and the usual brisk afternoon wind). For the first time, we needed our four-wheel drive to get up a short but steep sandy gully to find a level campsite near a lone tree.

One thing different here was very sharp stickers that were everywhere. One vine variety was so cocky, it covered up some of the giant prickly saguaro cacti. Another variety sprinkled along the ground looked like six-inch cattle horns, designed to grab onto anything large that passed by, like feet. We’d need our camp shoes here. We briefly chatted with a few others who were camped further down the beach. Like many others we’d meet on this journey, they were snowbirds who’d traveled to Baja from British Columbia. We took an evening stroll and climbed across some black boulders to a nearby cove to the south but had to return quickly before we’d have been stranded by the incoming tide. We decided to wait until morning for further exploration and spent a peaceful night within earshot of the surf. 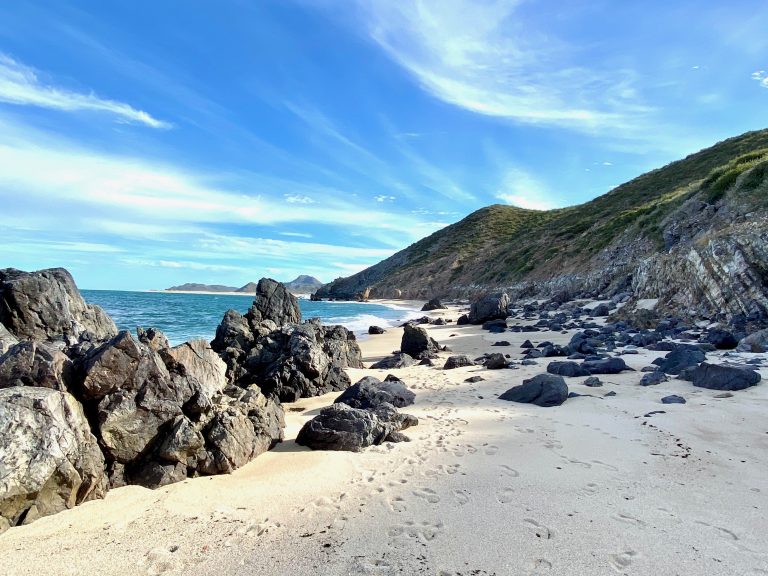 PrevPreviousPost #5: Love in the big city
NextPost #7: How far is that lighthouse?Next