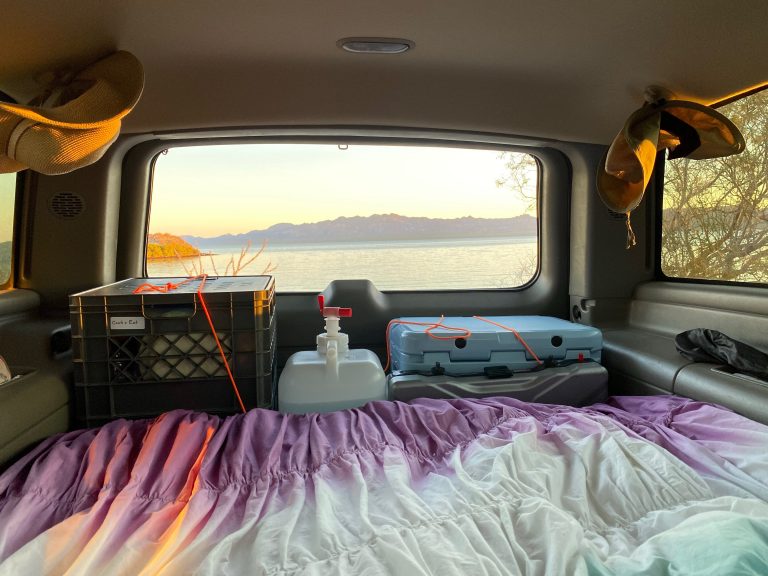 We awoke to a much warmer day. The wind had died overnight and the clouds were staying away. After a breakfast of oatmeal, raisins and dates, we walked. Just as we were wondering if there might be some place to hike nearby, a group of twenty people passed by our campsite, all set up for a hike. Sometimes you just have to put it out there and be read

We followed after them an hour or so later, tracking them down a dirt road, through a couple of washes (that must be pretty gnarly during a rainstorm, I thought), past enormous saguaro cacti, and found them coming the other way, from where they curiously wouldn’t say. Something about prison. A joke? But we kept going, passed a cove with what appeared to be a small home and palapa with the requisite burro tied up out front, and finally found a beautiful secluded beach with a couple of abandoned palapas. 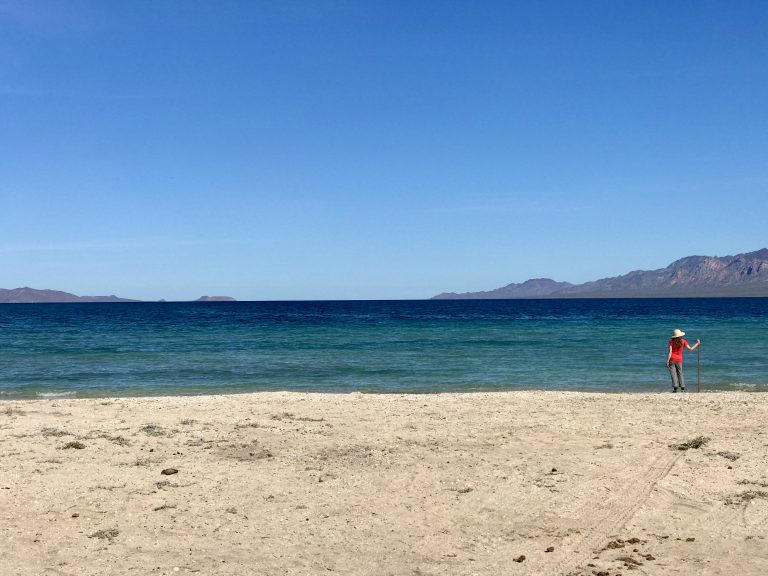 We explored and considered moving our campsite there to enjoy even more solitude (we’d found another road we could drive on) but realized it was much more exposed to the wind than where we were camped. We crossed the beach and continued to the rocks on the other side and began climbing. Everything in Baja, it seems, wants to poke or stick you – cacti, trees, thorns, roots and even some critters have spines and needles. Fortunately, we found no critters nor were we too badly poked so far. We knew we were far from medical help of any kind beyond what our first aid kit offered, so we’d have to be careful. On cresting the ridge, Bahia Concepcion stretched a few miles across and several more miles to the southern end. We were near the end of a huge bay, with the other side visible from our vantage point. The deep turquoise blue water contrasted with the desert around and across from us and seemed surreal. Ultra dry land next to the sea. A couple hundred more feet up, the wind blew even harder and the serenity was breathtaking. No one and nothing for miles. No boats were in the bay (the north wind as well as the lack of protected anchorages would make it a no-go for sailors), though within the space of a couple of minutes, three pelicans, a frigate bird, an osprey and a vulture soared mere feet over our head. We stayed and absorbed the brutal peacefulness of the bay.

We walked back marveling at our luck in discovering this place. From our campsite a few feet above the water, we could see in the distance that the tide was low and crossing a sandbar to a nearby island would be possible. So we changed into shorts (for the first time) and hiked the road the other direction until we got to the beach and had to take our shoes off. We waded knee deep in the water to the island, sat on the sand and enjoyed the first warm day in Baja. Sunny and 70 with a gentle breeze was pretty awesome. The water was too chilly to swim in but refreshing to walk in. On the way back to camp, we met Susie and Patrick from San Diego, three months into a near-retirement “gap year” plan, touring in their converted Sprinter van with Charlie the mutt. Full of smiles and laughter, they were obviously having the time of their lives. We hoped to meet more travelers, edgier ones and others as the days went.

Dinner was mac and cheese with canned chicken (again, thanks Costco!). We were too lazy to wash many dishes so we ate out of the pot. Why not, we thought? We’re not here to impress anyone and reserved the right to eat however we pleased. Perhaps it had something to do with the freedom Baja imparts. Oddly enough, trash cans were abundant (the locals sometimes charge a few pesos – we donated the equivalent of $US3.50 – to theoretically keep the places tidy). But we really didn’t know what happens to the trash once it’s in the cans. There’s plenty of old trash piles here and there in Baja, though usually well-hidden. Tomorrow we planed to make it to La Paz for Valentine’s Day and a shower, maybe in a hotel if the price were right. I felt like we were getting used to the solitude and where once a nice hotel would be appealing it was not nearly so now (except for hot showers and WiFi so we could back up photos and writing). 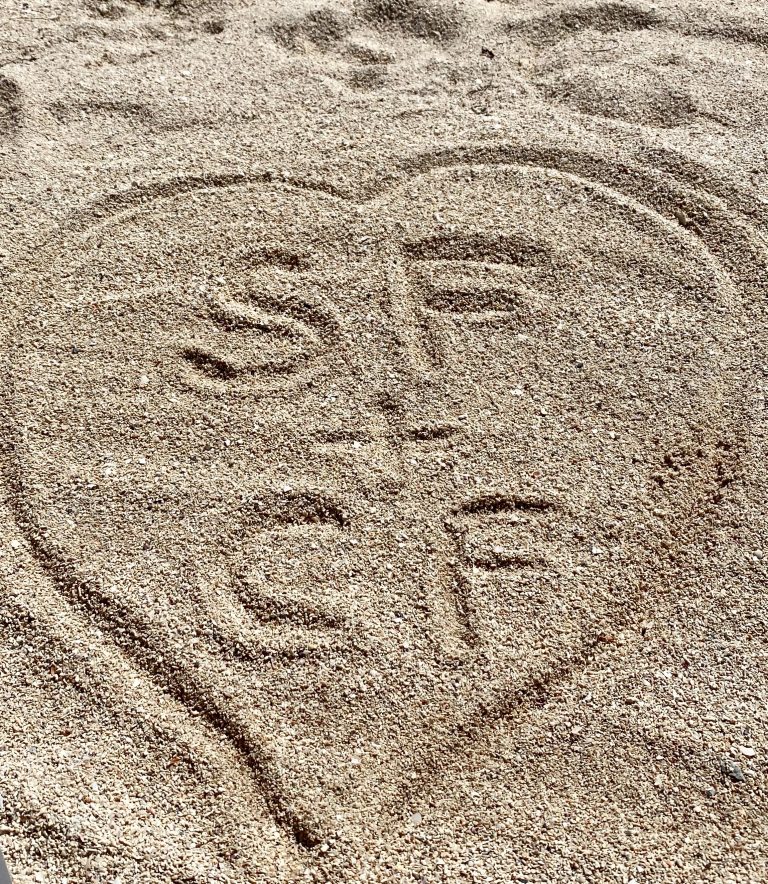